In last blog, I covered general thoughts about using C-mount lenses on MFT or super 16 cameras, I think it is time to do some testings on these cheap C-mount lenses. 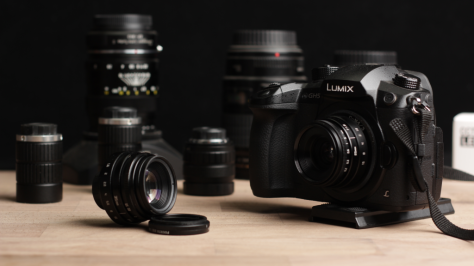 APS-C coverage C-mount lenses are getting more popular than ever, here are two first generation ones, a 35mm and a 25mm.

As most MFT or Super 16 cameras have very small sensor, therefore, diffraction will start to show its effect faster than a full frame camera. From what I can see, diffraction starts to show when aperture is around f/11 on GH5, therefore, I am not testing sharpness beyond aperture f/11.

The C-mount 25mm f/1.8 with APS-C coverage lens is a relatively sharp lens (for its price) and has long focus throw and clickless aperture. At wide open, it is soft but acceptable, stopping it down to f/4 and maintains so till f/8, it is very sharp. At f/11, diffraction kicks in. It does not have noticeable vignetting at all, even at wide open as it is designed for APS-C sensor and my GH5 has smaller sensor. I am also surprised that there is little chromatic aberration when shooting at wide open, something that has been bugging me when I use my full frame Canon 50mm f/1.4 lens, so this is definitely a plus. The native 37mm filter thread size makes it easy to add filters, such as variable ND filter, UV filter and CPL filters. One concern is its narrow focus ring, it is too small and narrow, you really have to use your thumb and index finger to turn it, on the bright side, the focus ring is at the front whereas some C-mount lens has it at the back. 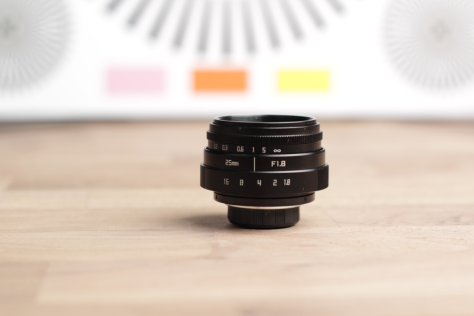 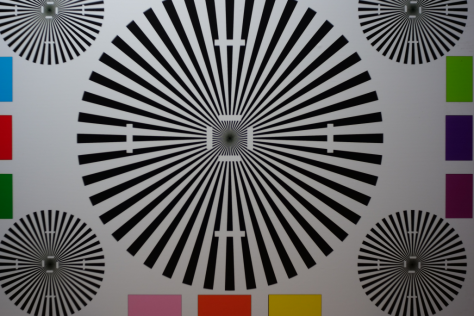 Wide open at f/1.8, over all image is soft, but not bad at corners relatively to center. 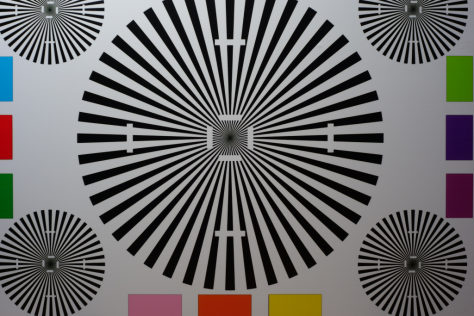 At f/40, it is rather sharp and maintains so at corners.

This was shot with this 25mm f/1.8 lens, most of clips were shot at wide open

The 35mm f/1.6 with APS-C coverage lens is rather soft compared to the 25mm one. And it has that famous focus property — when focused at center, the corners and edges are soft, but if focused on the corners and edges, the center is soft. Many Youtubers have commented on this effect. Just like the 25mm APS-C coverage lens, it does not seem to have much chromatic aberration which is again, surprising for such cheap lens. It does not have noticeable vignetting at all aperture settings as it is also designed for APS-C sensor and my GH5 has a smaller sensor (1.33″ as the name suggests). The native 37mm filter thread size also makes it easy to add filters, such as variable ND filter, UV filter and CPL filters. The focus ring is rather narrow but since it is at the front of the lens, it is manageable. 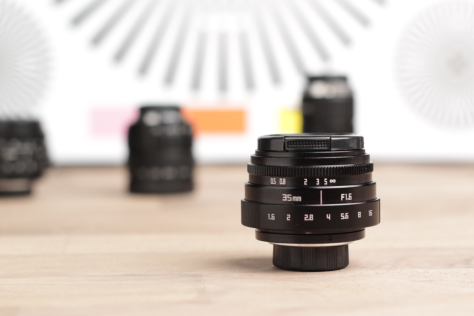 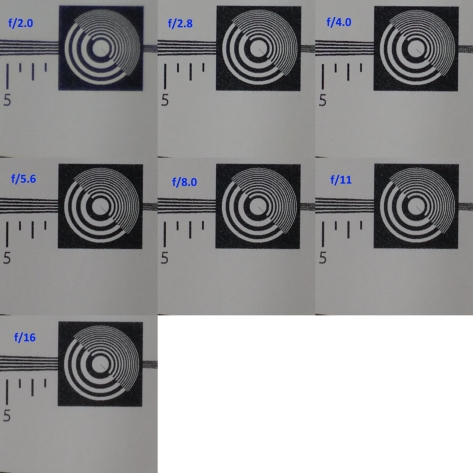 This is the center of ISO 12233 test pattern 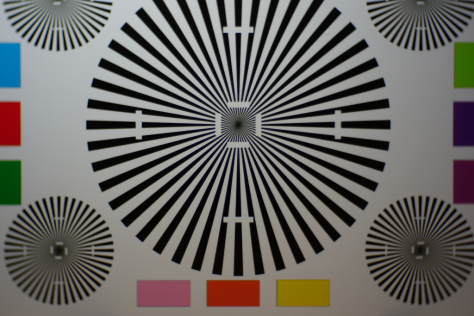 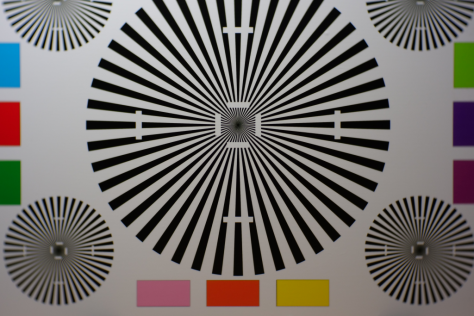 At f/4, the center becomes very sharp if focused at center, the edges are soft 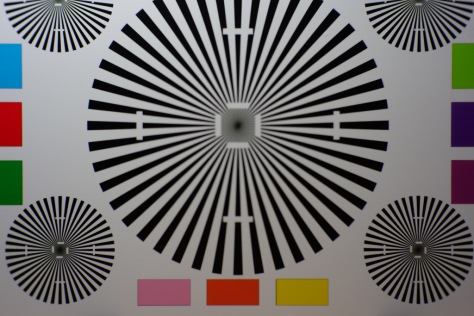 Still at f/4 but focused on the edges, the center is very soft and relatively sharp around corners. This effect was observed by many other commentators on Youtube.

The Fujian 50mm f/1.4 with 2/3″ coverage is very popular and well known among Youtubers on the internet. Over all, it is not very sharp but fun lens to play with. Though I did not like the fact it is designed for 2/3″ sensors, I am surprised that it does not have noticeable vignetting. Its 35mm (or 34mm, not very sure) filter thread size is odd and it is very hard to find an adapter ring to convert it to 37mm, so it is hard to add filters. 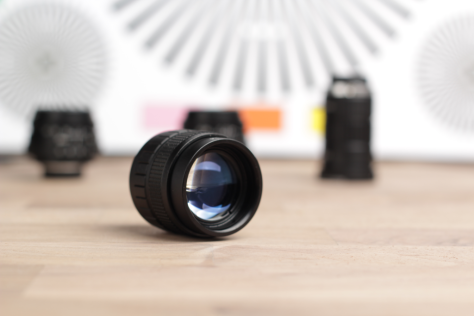 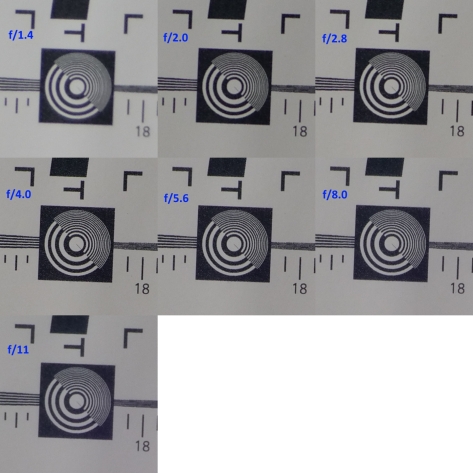 The Fujian 50mm lens is not very sharp till f/4.0 and starts to soften quickly, too. Image is the center of ISO12233 test pattern. 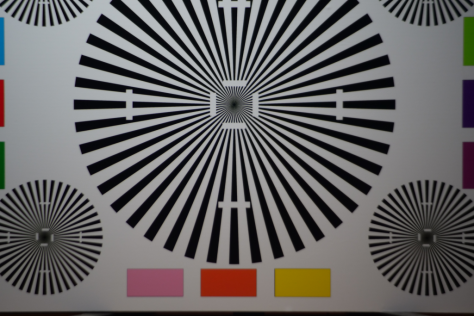 At f/1.4 wide open, it is soft and even softer at corners and edges. 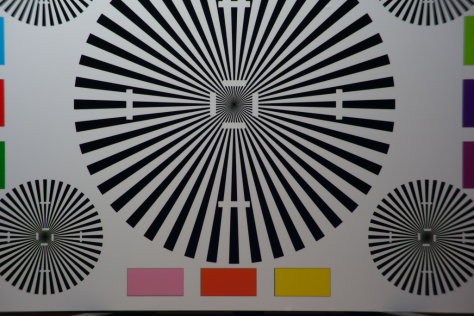 At f/4.0, it is the sharpest spot but the corners and edges are still soft.

The 16mm f/1.4 with 1″ coverage is a very sharp, however, a lot of barrel distortion even though I was told it is supposedly to be zero distortion. Even at wide open, its sharpness can still be compared to the Fujian 50mm, however, the color drifts towards blue for some reason. At f/4.0, it is sharp and discoloration is gone, too. Vignetting is the worst among all C-mount lenses I have, so it is not a good lens for stills, but it can be very good lens for video. Its minimum focus distance is commendable, as little as 10cm. At such close distance to the subject, it can be used for close-up shots like a macro and the magnification is approximately 0.21x. It has 33mm filter thread and it is hard to find an adapter ring to make it 37mm, though I did find one and I am able to add filters to it. Both focus ring and aperture ring has locking screws on them, but it seems when aperture ring is locked, the focus ring becomes less smooth. 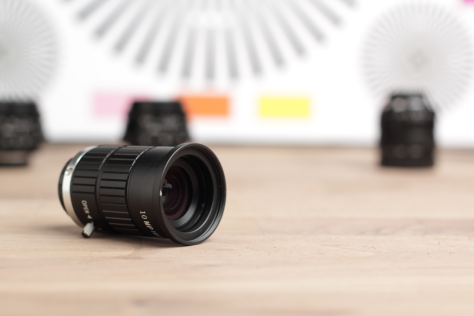 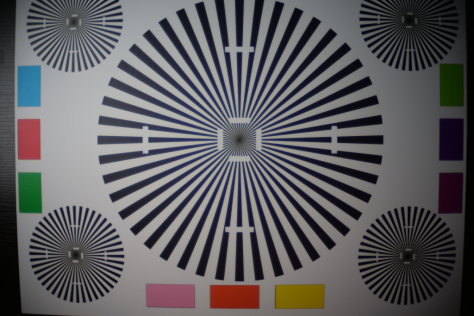 At f/1.4, wide open, it is pretty sharp at center, but notice the discoloration at the center as well as the barrel distortion even though I was told it suppose to have zero distortion. 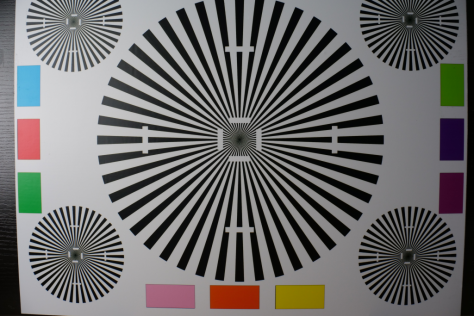 At f/4, it is very sharp both at center and at corners, discoloration is gone, but barrel distortion remains.

Conclusion. Overall, I really like my collection of C-mount lenses, they are fun to use though I have to accept their flaws. The biggest surprise is their performance of chromatic aberration (with exception of 16mm) at wide open.